Cerebral venous anatomy can be divided into the cerebral and posterior fossa anatomical compartments. The cerebral venous configuration can be subdivided into a deep (subependymal) and superficial group. The superficial division, as Rhoton described, is a series of draining veins that can be grouped into four groups of bridging veins: a superior sagittal group, sphenoidal group, tentorial group, and falcine group. The high variation in location and dominance of the veins within these anatomical regions demonstrates the need for a region-based division.

The posterior fossa venous structures can be divided into four divisions: superficial, deep, brainstem, and bridging veins. Rhoton further subdivided the superficial draining veins into tentorial, suboccipital, and petrosal draining surfaces. The three superficial surfaces, deep posterior fossa veins along the cerebellar fissures, and plexi along the brainstem drain into one of the three groups of bridging veins: galenic, petrosal, or tentorial. The galenic group drains to the vein of Galen. The petrosal group drains into the inferior or superior petrosal sinuses. The tentorial group drains into the tentorial sinuses that ultimately drain onto the superior petrosal, straight, or transverse sinuses.

A paid subscription is required to view this content. 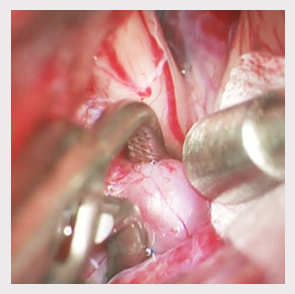 Subscribe now to get access to the Atlas Platform and our 3D models. The platform’s Pathfinder and Virtual Operating Room provide confidence in your decision to select the appropriate approach to any lesion.

Choose from an annual or monthly subscription that will renew automatically until cancelled, or you can purchase a one-time 24-hour access plan.

To continue, please select whether you are practicing neurosurgeon or are still in training: